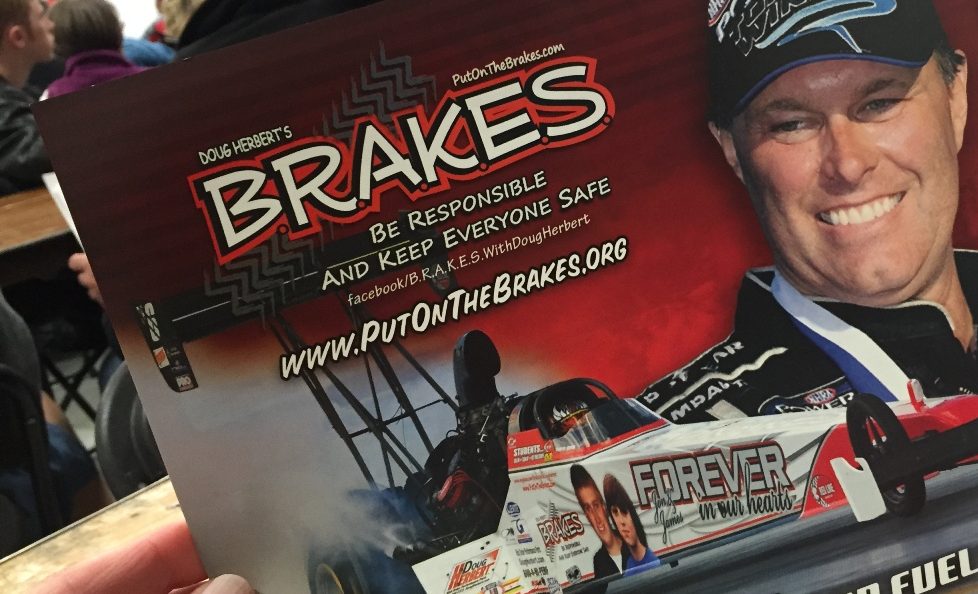 When my daughter was born, my heart nearly exploded with a love so deep, it’s practically impossible to verbalize. When she was three months old, I handed her off to her daycare provider who didn’t know she couldn’t sit up on her own. When she toppled over, the shriek and cry of her little baby lungs nearly crushed me. At four years old, I had to let go of her little hand so she could climb the bus for a 40 minute ride to kindergarten and then I cried all the way to work. At 11, she clung to me in the ER as we waited for the doctor to report she had a broken arm. At 15, when she bounded out of a local restaurant with a t-shirt in hand announcing that she got her first job, I was thrilled and terrified for her in tandem.

So, the whole process of your baby driving a car will put a parent’s last nerve on edge. There is nothing more distressing than seeing your little girl behind the wheel. It’s a bit like this commercial that literally brings tears to my eyes every time I see it:

Of course, I am not alone in these milestone moments of parental anguish. They are more common than the clouds in the sky. So common, in fact, that parents receive advice from others almost daily. And while not all advice might be the best for you, some you just can’t ignore.

For example, our mechanic recommended a teen driving school that teaches kids how to handle a vehicle in extreme driving conditions. What the what, we said?

It’s true. The BRAKES Driving School teaches teens how to handle a car in the most common accidents for this age group. It’s not traditional drivers ed. These kids are learning how to avoid crashing into deer, going full speed and slamming on brakes to learn how the ABS system feels, skidding through water and learning how to control a vehicle when the emergency brake is applied. It’s the kind of stuff that makes me freak out.

All that being said, we wasted no time in signing up our daughter. This pro-active driving school is a one-day class taught by professional drivers nationwide. We were lucky to have a session offered locally at our state highway patrol training center.

When we arrived, we learned that the BRAKES Driving School was started by Doug Herbert, a drag racing star that tragically lost his two sons, aged 17 and 12, in a high speed car accident. Jon, the 17 year old, was going 80 mph in a 45 mph zone when he lost control of the car in rainy conditions. Both were killed instantly. It wasn’t even at night, y’all. Big brother Jon said, hey little bro, let’s go to MickeyD’s and get a biscuit for breakfast. They never returned.

If that wasn’t enough to bring a this Mama to tears, the NC State Highway Patrol Captain stood up and told his stories of teen deaths by car accidents. He said that his last visit was to a home at 3 am to tell parents that a car had skidded off the road, crashed into a tree, and caught fire. There were 4 passengers but only two survived. The two girls in the back couldn’t get out and burned to death. Seriously. Burned. To death.

By this time, I was blubbering uncontrollably. My daughter was embarrassed. What can I say. Someday she’ll understand.

So after this emotional (for parents) introduction to the class, the teens filed out into groups and loaded up into cars. The official language is a little more professional than how I might describe it:

Parents got a chance to experience a few sections of the course. I was a wimp. I couldn’t floor it and jerk the car when the the phantom deer appeared. I barely made it through the slalom at 35 mph.  I cringed when I had to slam on the brakes to experience the ABS.

But my daughter? She breezed through it… “Oh, yeah Mom, we did each thing like 4 or 5 times… it was weird at first but then I got it.” Spoken like a true teenager.

So my first piece of advice to parents with teens is to sign them up immediately for this class. It’s a $99 refundable deposit. Yes, free. If you have the means, you can donate the money (they are a nonprofit). If not, no strings.

Your teen, being a teen, might act as if it’s another day in the park. But, they are teens. It’s expected, right? Believe me, they will learn more than they will ever learn in drivers ed.