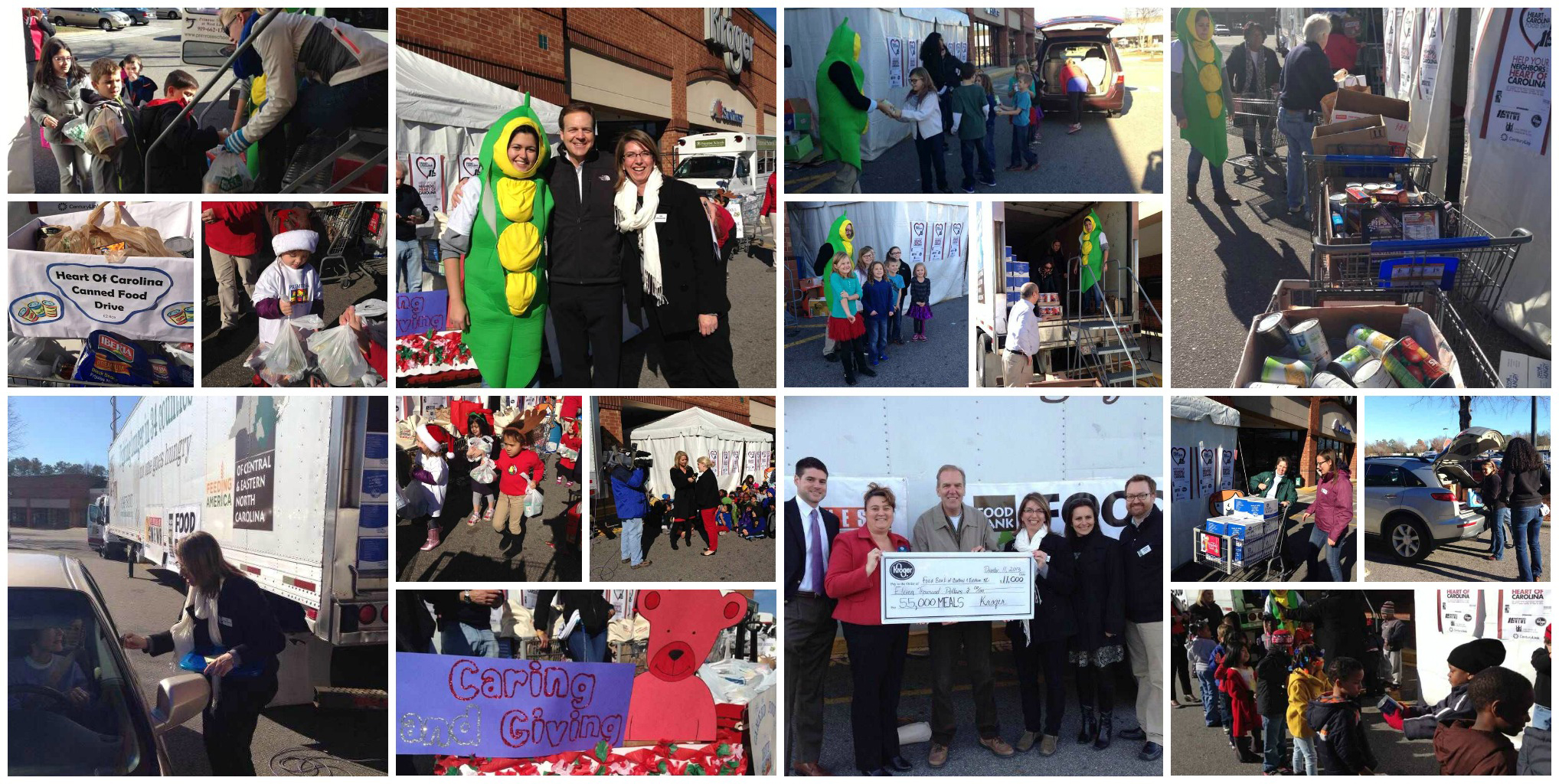 Today I had the ultimate pleasure of helping out at a food drive hosted by a local television station. The ABC11 “Heart of Carolina” campaign has been held for over 25 years and culminates on the final day with a “drive through-drop off” feature at several local grocery stores. The TV station has live cut-ins for over 12 hours at all of the locations featuring updates of the goal and local interest stories to encourage donations.

This event is awesome and humbling. Why?

Because there is nothing more uplifting than six buses of preschoolers showing up in Santa hats and holiday bells with over 15 grocery carts filled with food.  And then singing “We wish you a Merry Christmas” at the tops of their lungs!

Because there is nothing more inspiring than a grandmother that comes out of the store with a cart full of food that she and her granddaughter hand-picked to donate to families in need. “Stuff that kids will like, too!,” said granddaughter Lilly.

Because there is nothing more touching than a self-formed group of youngsters that collected food for weeks because, as one girl said, “I have a home, I have food, I have a mom who loves me, and some kids don’t… so that’s why we do this.”

Because there is nothing more moving than a woman who hands over $2.00 and says, “I used to be on food stamps and know how hard it is… I hope this helps.”

And then when the grocery store hands over a check for $10,000?!? Astonishing. Kroger rocks.

And it’s pretty cool to get photos with the anchors from the news and chat with them about their families and their local involvement with the Food Bank.

‘Tis the season, folks. May yours be filled with the same wonder and joy.

Shoutouts to my new anchor friends at ABC11… they did an outstanding job covering the event on this sunny, but super chilly day, and went above and beyond with some awesome tweets to boot.  Check out the hashtag #HeartOfCarolina on twitter to see them all.